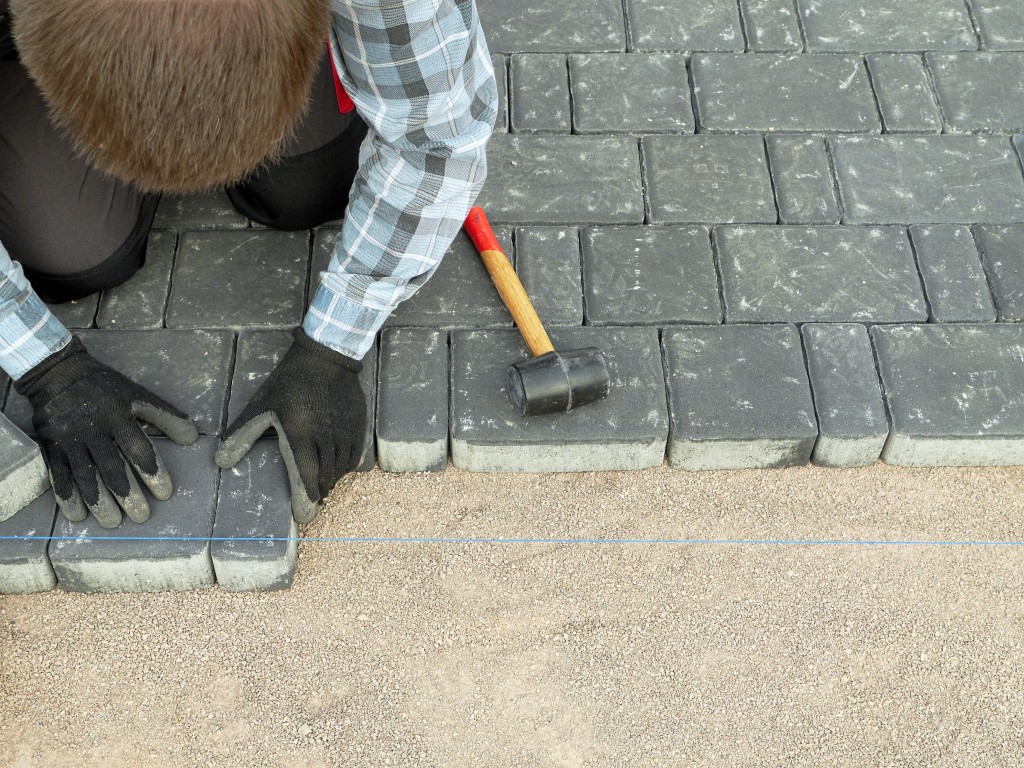 1. Concrete costs more than asphalt – While this misconception isn’t inherently false, it’s not completely true either. It depends on your perspective. In the short-term, concrete pavements do cost more than asphalt. In fact, they can cost twice as much as asphalt pavement. While an asphalt pavement can be built at around $3 per square foot, you’ll need to spend around $6 to $8 per square foot for concrete pavement. So, the upfront cost is clearly higher.

However, you realize the true cost of ownership of both types of pavements when you allow them to bid their time. Asphalt pavements are more easily damaged and lose their shiny appearance with time. They also need to be maintained every couple of years. Moreover, asphalt pavements get damaged more easily and hence require more frequent repairs.

Concrete doesn’t suffer from such weaknesses and hence doesn’t incur those additional costs. Concrete pavements can last you for several more years as well. So, the true cost of ownership in the long term is lower than asphalt pavements. Pay a bit more money for installing a driveway made of concrete paver blocks and the long-term benefits are equally proportional. You don’t even need the help of a professional for minor repairs on a driveway or walkway made of concrete paving blocks. You can simply swap out the damaged block yourself.

2. Concrete only comes in gray – This is a misconception that completely throws off contractors and engineers. Most people use sidewalks made of concrete paving blocks every day and still insist that concrete just comes in gray color. While concrete’s natural color is usually gray since it is made of sand, aggregates, and cement, it can come in a wide variety of colors and textures.

If you’re building pavement out of poured concrete, it can be dyed in any color you want. You can also have it textured the way you want right on the spot by specialized machines. The options are even more flexible when you use concrete paving blocks. Those blocks come in a wide variety of colors. They also come in all sorts of shapes and textures. The catalog is so large that people even make art, patterns, quotes, and more with concrete paving blocks.

3. Concrete is the same as cement – This misconception may have come from contractors and workers at the job site and was later popularized by media and pop culture. While the words concrete and cement are used interchangeably, they are quite different. Cement is an ingredient that is used to make concrete. While cement is arguably the most important ingredient of concrete, it isn’t the only one.

Cement is mixed with aggregates and a lot of water to make concrete. While cement acts as the binding agent, concrete is mostly made up of aggregates that consist of stone, gravel, and sand. They make up around 75 percent of the concrete mix. On the other hand, cement is made of silica-rich materials and calcium and can even be used with plaster to make a smooth surface for the walls.

4. Building with concrete takes a long time – This is another misconception that probably stems from the fact that concrete requires a lot of curing time. While concrete curing is a gradual process that allows the concrete to reach its full effective strength in around 28 days, you can start walking or driving on it right after 48 hours. However, the timeline still seems longer than asphalt, right? Well, there’s more to the equation.

The time to build a concrete pavement also depends on the entire scope of the project and all things need to be considered. While asphalt can be laid out and the driveway is ready to use within one to two days, the gutter and curb can’t be placed at the same time. However, that’s possible with concrete. Moreover, concrete can be placed up to 40 feet wide with just a single pass and with a single lift. That’s impossible with asphalt.

5. Concrete is impermeable – This misconception would drive engineers and contractors nuts since permeable pavements and driveways for residential use were first made out of concrete paving blocks. You can make an excellent permeable driveway with concrete paving blocks without spending a lot of money. This way water doesn’t pool on your driveway and hence doesn’t damage it. Some people even go as far as to install a rainwater harvesting reservoir under the permeable pavement.

6. Concrete harms the environment – Concrete itself doesn’t create a lot of emissions. Instead, it is the cement manufacturing process that creates a lot of pollutants. However, those pollutants are far fewer compared to the waste and greenhouse emissions caused by asphalt manufacturing. Moreover, concrete is one of the most recyclable materials. In the long run, they have a smaller carbon footprint than most other materials used to build pavement.

Concrete paving blocks have made building walkways and driveways much easier and also made those structures more repairable and durable. They can save you a lot of money in the long run and are a better alternative to asphalt. To build a concrete paver driveway or walkway, you can search for “paving companies near me” and let the pros handle the job.